At the arrival of the New Zealand Company ships from 1839, Pipitea Pā was a thriving community and one of the most populated pā in the region. It was named Pipitea after the plentiful food of the pipi from the harbour and was home to the Te Atiawa people.

Thorndon, named after the English home of the New Zealand Company Director Lord Petre, became home to many of the first European settlers and like many colonial towns it housed a mixture of workers, merchants, and administrators.

An application for a building permit for the construction of a dwelling at 41 Pipitea Street was received by the Wellington City Council on 8 June 1927. The architect was Stanley W. Fearn and the builder J. Clark.

The Ministerial Residence at 41 Pipitea Street was originally constructed as a house for Robert Westley Bothamley, a solicitor of Porirua, in 1927. Bothamley had acquired the property in that year from John Walters, a settler of Wellington, but it is unknown whether Bothamley ever lived in the house. The house has elements of the English Cottage Revival and Neo-Georgian styles which were favoured by Fearn and his contemporaries.

The property at 41 Pipitea Street was bought by the Crown for £8,000 in 1943. The building was acquired for use as an office for the National Provident Fund and the Friendly Societies Department.


The Prime Minister’s House, also known as ‘Premier House’ at 260 Tinakori Road, Thorndon, was built in 1875, and the first politician to live in the new building was Sir Julius Vogel.

Between 1901 and 1928, Joseph Ward, William Massey and Gordon Coates made it the social heart of political Wellington. However, when Michael Joseph Savage came to power, in 1935, he considered the house too ostentatious for him to live in and for the next 40 years Prime Ministers lived in ministerial houses. Premier House was only reinstated as the Prime Minister’s residence in 1989.

The first Prime Minister to live at 41 Pipitea Street was Sidney George Holland who was leader of the National Party when it won the election in 1949. Holland announced that he intended to make 41 Pipitea Street his official residence. 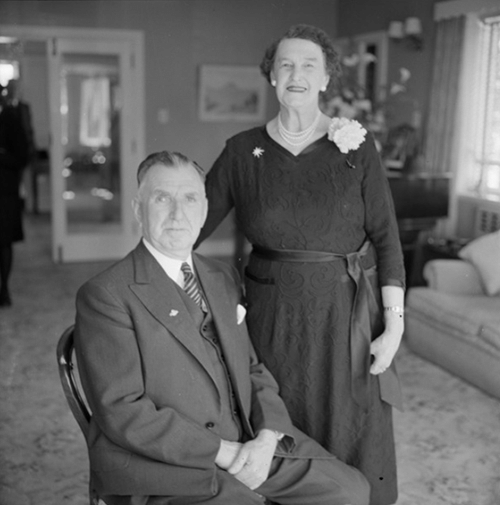 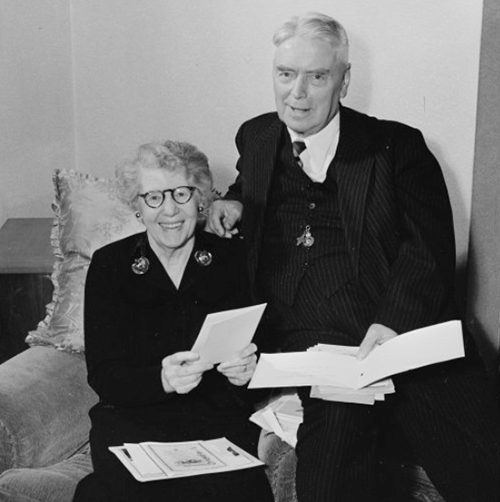 The residence at 41 Pipitea Street is most significant as the home of Keith and Norma Holyoake, during Holyoake’s term as Prime Minister from December 1960 to February 1972. Holyoake would become New Zealand’s third longest-serving Prime Minister and was known for his modest living arrangements. He rejected the trappings of office and life at Pipitea Street was comfortable but not lavish. Holyoake’s ‘Kiwi Keithness’ was best displayed when he was photographed with a young mover helping shift furniture into the ministerial residence in February 1961.

Holyoake was always available and accessible to the public and this was reflected in his address and phone being listed. He received many calls at the residence and members of his family remember him defending these interruptions as a necessity of public life. Holyoake’s accessibility as a politician and a prime minister was met with respect and his physical presence walking to Parliament, visiting the local shops and out on the streets of Wellington was fondly remembered by the public. 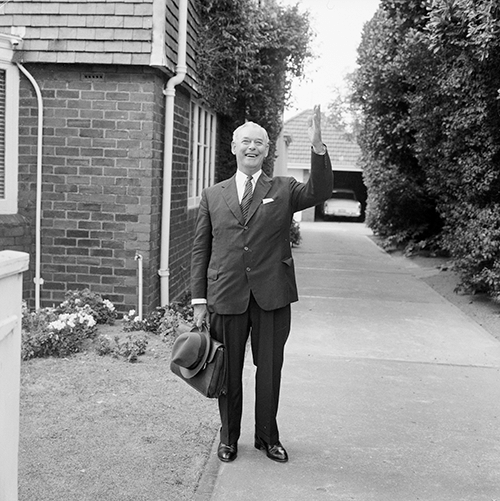 Holyoake was named in the Queen’s Birthday Honours of June 1970 and was made a Knight of the Grand Cross of St Michael and St George. The press conference was held at Pipitea Street and Holyoake was the first New Zealand Prime Minister to be knighted while still in office. 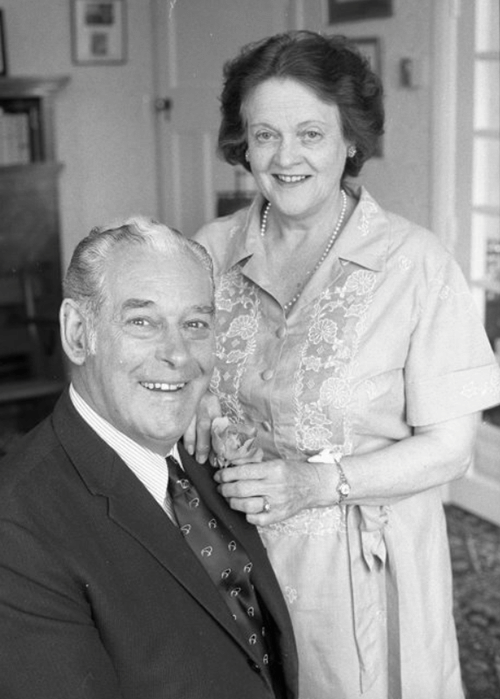 Holyoake was later appointed Governor-General, and his wife Norma was honoured for her services to public service in 1980. Their standing was further enhanced when they became companions of the Queen’s Service Order. Close by on the corner of Molesworth and Pipitea Streets stands a memorial statue of Sir Keith Holyoake dressed in his Governor-General regalia.

Future of the Residence

The construction of departmental office buildings as part of the Government Centre plan earmarked 35 Pipitea Street and 41 Pipitea Street for future demolition and development. Hence, the buildings were not maintained to a high level during the 1970s. Motorway construction in Wellington had already seen a number of ministerial residences demolished, including the former residence of Prime Minister William Fergusson Massey at 12a Parliament Street, Thorndon.

The residence at 41 Pipitea Street was known for its dilapidated state, and it was said that the Holyoake’s put buckets under the leaks in the kitchen roof whenever it rained. With the defeat of the National Party in the 1972 election, Keith and Norma had to move out of the residence at Pipitea Street and they purchased a house in Aurora Street, Wellington.

The Ministry of Works development plans for Pipitea Street never eventuated and the house continued to be a residence for ministers. Home to a number of ministers over the years it became a site of protest during the Bastion Point (Takaparawhā) occupation when Eruera Nia protested outside the address when it was the residence of Venn Young, the then Minister of Lands.

The house at 41 Pipitea Street ceased to be a ministerial residence in May 2012 and the house that boasts a politically famous address as the ‘unofficial’ prime minister’s residence was purchased by the National Foundation to ensure it remained available for future generations to enjoy.